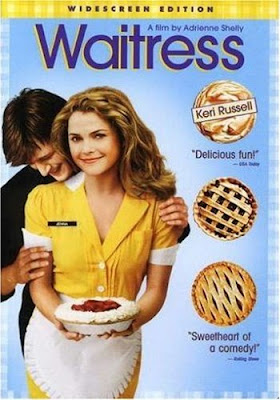 I'm a sucker for certain chick flicks. Maybe when I was developing as a fetus I did not get that extra gene quick enough to kick me from being a boy to a girl. Either that or I can really appreciate a well written romantic story without apologizing for it. Either way, when you have a good chick flick there are two things that are essential. The first is a great script. You can't move forward without a well written script. I think the perfect chick flick script blends the romantic and charming aspect we tend to see in these types of movies but use a little comedy to add some nice spice to it. The second need for a good chick flick movie is having great characters. If you don't feel for the characters, you don't care about any of the funny, charming, and/or romantic things they say (although this might not always be true seeing as I did like "City Of Angels" and Meg Ryan and Nick Cage weren't written that great and one of them is a really horrible actor). I heard a lot of good things about this movie using the criteria I stated above and was a bit excited to see it.


Going in order of my list I'll start with the story (script) and then move to the characters and the actors.

Jenna (Keri Russell) is married to a horrible person, Earl (Jeremy Sisto). He is selfish, acts like a big baby, doesn't let his wife do anything other than work, and he's really jealous. Jenna is unhappy but she has been hiding away money to compete in a pie contest with the hopes of a win that would help her get a divorce and move far and away from Earl and her current life. Jenna works in a shop that makes nothing but unique pies, and she has the perfect knack for using her life struggles as inspiration to make delicious pies. Her life and her escape plans take a drastic turn when she not only finds herself pregnant with Earl's child but also madly infatuated with her new doctor, Dr. Pomatter (Nathan Fillion) who just moved into town. Dr. Pomatter and Jenna begin a hot and heavy love affair that drives Jenna from the rut she has made for herself in life and inspires her to become more self confident and happy. However, not everything goes according to plan. Earl not only finds the money Jenna has been saving up to leave him, but he also finds out she is pregnant with her child. Earl is scared of the child and is afraid that Jenna will love the child more than him. Jenna doesn't even want the child and through her whole pregnancy she keeps trying to put any and every emotional barricade in the way of feeling anything for her unborn child. Jenna also gets some advice from the old, charming and crotchety owner of the pie restaurant, Joe (Andy Griffith). With no way now to leave her husband, go to or win her pie contest, and to have a new life free from anything in her old life (because of her unborn child) she tries to figure out what to do.

There's nothing bad I can say about this cast. From the main stars to the supporting cast, everyone is cast perfectly. You love the characters you're suppose to and hate and revile the characters you're suppose to as well. Adrienne Shelly both wrote and directed this movie and while it was not her first movie, I haven't seen anything else she's done. I do hope she writes more scripts like these!

Keri Russell gets a lot of the credit here. She's the main person you need to love and feel for, and you do. You feel sorry for her and you almost feel like you're entwined with her fate as well. It's amazing how well and beautifully written her part and story was written and flushed out.

While there is no doubt that Jenna is the most important character, I think Jeremy Sisto should get a lot of credit here. The way his character is written and the way he portrays Earl, I absolutely hate him and I found myself yelling at him in frustration. I feel sorry for Sisto if he gets typecast for this role but he's such a good jerk!

It's no secret that I'm a big fan of Nathan Fillion. His doctor role isn't as big as I would have liked to see him in and he seems to be almost a secondary character here. Captain Malcolm Reynolds should NEVER be a secondary character! Sorry about that...let's get back on track. Fillion is incredibly charming and he's got a few lines and the sex appeal to make a good majority of the women swoon.

The most off the wall character, and the one with most of the funny lines, is Andy Griffith. He has some off the wall lines and it was definitely weird to hear Sheriff Andy curse and say some really outrageous lines. At times, I was cracking up laughing at what he said, and other times take a lot of what he says to heart. It's a great role and a really fun choice of actor for the role.

This movie worked on so many levels, I loved it. As a romantic movie this is definitely new territory. Not to give anything away, but the ending was a bit weird to see happen in a movie like this. I felt a lot for the main character and absolutely hated her husband, which is a testament to both the actors and the writer. The nice quirk about having the different pies was a fun staple for this movie as well. Some of them looked really good, and others I thought "that doesn't seem like that'd go with pie". The actors are amazing at their roles, their roles are intelligently written and with a lot of feeling and obstacles each one needs to overcome, and the pacing of the film was beautifully done. I would suggest anyone to watch this movie. It might not be a good romantic date movie, but it was an almost perfect movie. Have a slice of pie with this decedent cinema.
Posted by Film Geeks at 8:50 PM