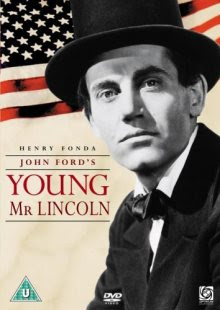 You can really tell the difference between today's fiction movies based on history and those of the ones during the days of golden cinema. Today, directors and writers are more concerned with retellings, shockers, and radical outlooks. Take for example the 2004 film, "King Arthur". This was a dramatic retelling of the classic tale of King Arthur. It has had a radical outlook on how it wanted to show Arthur in a historical standpoint. You could also point to the movie "Alexander" of a shocking historical fiction tale. These grandiose tales come from an age where people are looking for shock and "updates" to some of the classic moments of history. Contrast this with films of old and you see that the films were used to make characters based in history as human and real, but at the same time make them the "larger than life" characters they are seen as.

This movie, through and through, oozes with talent. First of all start with the superb and greatly talented director, John Ford. Has there been a movie his fingers didn't touch that wasn't pure gold? I mean, this is the same genius who filmed "How The West Was Won", "The Man Who Shot Liberty Valance", "The Searchers", "She Wore A Yellow Ribbon", "My Darling Clementine", "The Grapes Of Wrath", "Stagecoach", and on and on and on. Mr. Ford is my absolute favorite western director. The man can tell you a story without needing to use words. When he shows you a character in careful reflection, you know each word that's going through his mind. The way he uses angles and lighting to show you so many aspects of the film, whether it be drama, action, sadness, or pain, is top of the line film making. This is the man who took the old "cowboys and Indians" routine and gave it an artistic flare and a flare for the dramatic rather than just the action. In this movie, he doesn't let us down at all.

Henry Fonda plays Abraham Lincoln and a quarter of the way through the movie you stop seeing Henry Fonda playing Lincoln but you swear that you are watching a pre-President Lincoln. Fonda captures all the great aspects of Lincoln's character as well as some of his shortcomings and downfalls. It is a credit to Fonda's early days of his acting career and you see an early start to one of the best actors of all time. Fonda has been in other Ford movies and it's always great to see two iron giants doing what they do best on the same picture.

The story is an account of a fictionalized trial that a pre-political Abraham Lincoln is the defense attorney. A man is killed and two brothers are arrested and tried for his killing. Lincoln, of course, doesn't believe the boys did it. This is the central plot of the story but you get so many other storylines and none of them feel out of place or rushed or boring. Each shows an aspect of Lincoln's character and shows you how he became the man he would soon become. We get to see Lincoln's loss of his first love, Ann, when she dies. We see his introduction to his future wife Mary Todd. We also learn that he learned about the law from teaching himself from a book and he soon takes over his mentor's defense attorney business when his mentor dies. We are also treated to a stellar scene in which Lincoln singlehandedly talks down an angry mob wanting to lynch the two boys accused of murder.

Even knowing this is a fictitious story of Lincoln, I couldn't help loving the man more. Ford and Fonda capture a man who seems almost out of place in history, a little bit slow for being someone who is so smart, and the early start of where Lincoln got his morals and drive and passions. Lincoln's character definitely has the famous wit history records of him. There are many times in the trial scenes where you are laughing just as hard as the other people in the court. The drama of the trial is excellent as well and we are treated to guessing how Lincoln is going to get the two accused off, if at all! You feel so much for the character that when he does something you'd be embarrassed if you did it, that you feel embarrassed for Lincoln. However, you don't see the embarrassment from Lincoln. He truly does seem like he's a bit slow with his picking his words and talking slowly, but you also realize that that is almost just a facade that Lincoln puts on to throw off his opponents. Fonda does a great job showing that "slowness" but at the same time that smart, sharp, quick wit and humor and intelligence. This movie is great every time I watch it.
Posted by Film Geeks at 8:06 PM